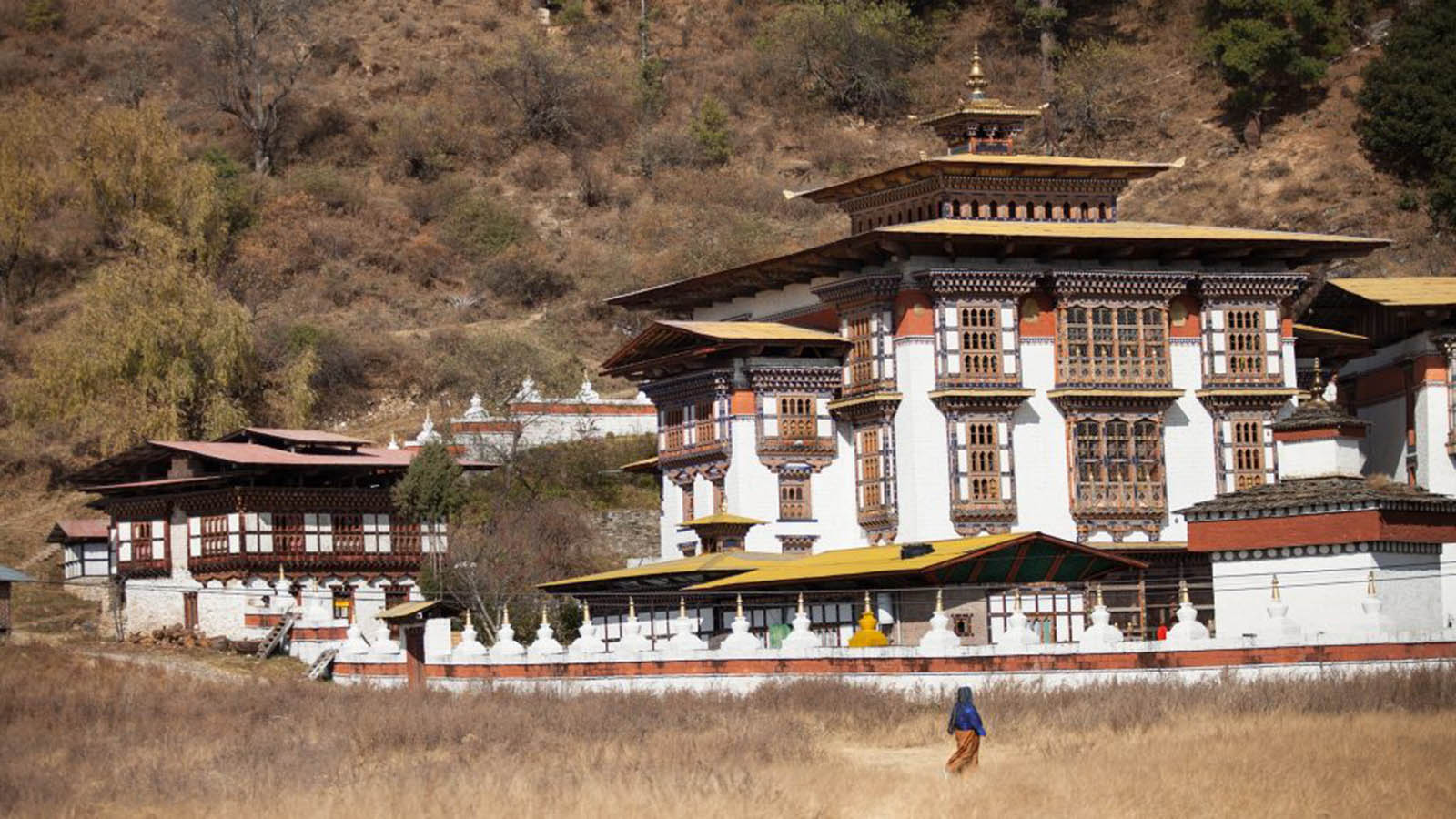 It also remains one of the country’s most important religious sites – thanks to its intimate connection with the revered tantric saint, Guru Rinpoche.

Flights of white-washed stone steps deliver visitors, breathless, to Kurjey’s most important chapels and to views that run the length of the Chokhor Valley. The oldest chapel, the Guru Lhakhang, contains a shallow meditation cave once used by Guru Rinpoche. Here, he left an imprint of his body that gives the lhakhang its name – kur, meaning “body,” and jey, “print.” The cave is flanked by statues of Guru Rinpoche holding brass-bound kapala – ritual bowls made of human skulls – and surrounded by rank upon rank of miniature brass statues. The venerable cypress tree that looms over the Guru Lhakhang is said to have sprouted from the sage’s staff, planted there to seal a bargain struck between the Guru and a local deity, thus marking the deity’s eighth-century conversion to Buddhism.

The story of Guru Rinpoche’s spiritual work in Bumthang is retold each summer in Kurjey’s annual tsechu, which draws crowds from Bumthang and beyond.